Nature started the GUT project in year 1453.  Grand Unified Theory is a  massive project of the periodic atomic table government and its atomic mass interaction relationship with  G = universal gravitational constant.
The gravity field flows thru the human body and interacts with the atomic mass of brain  cells.  If the human brain cell  has any significant thoughts in math or physics or chemistry;   Nature's  gravity field can pick up those abstract symbolic thoughts.  Over hundreds of years of Darwinian evolution ....came into being ....... gravity field  intellectual life forms with Einstein's data processing DATA FIELDS.

All DNA strands are read from the 5' to the 3' end where the 5'
Texas ought learn to read and write.
Myself,  I  was taught to read the English language from left to right.....apparently the eye/optical nerve has some processing structure inside the brain to handle optical symbols.....and TEXAS people lack this brain bio-computer software.   What signals has Nature    told TEXAS  about books and reading!.


Nature's  molecular cell biology DNA bio-computer  analysis of  the  human thought mutations in the Austin intellectual community  decided that a SIGNAL had to be sent to  the city of Autism Austin ...that has  major deficencies  in awareness of subtle matters. .
Thus Nature's social engineering bio-computer  used Darwinian selection to select  age 53 humanoid  AND then issued the  CALL Stack to SCIENCE WAR military duty.

Thus we have Nature's version of the Pentagon  and the ARMY.

en.wikipedia.org/wiki/Directionality_(molecular_biology)Cached - Similar
DNA and RNA are synthesized in the 5' to 3' direction. ... of naming carbon atoms in the nucleotide sugar-ring numerically gives rise to a 5′-end and a 3′-end ...


Thus, Nature has sent  Austin a signal about  DNA bio-computer software problems  with its  citizens and their brain worship of symbolic nonsense.  Nature thru Darwinian  selection........selected an age 53 sofware engineer as the messenger.

Year 2012 ...month of MAY ...status of Cavendish Labs awareness of message processing theory.
British government and their  scientists  ignore messages.
University of Texas does not have the courtesy to forward the messages from the Austin region to England.

CAVENDISH  message waiting    --->  The roof of Stack's red brick home on a tree-lined street in a middle-class neighborhood was mostly caved in,

CAVENDISH  message waiting response --->   The ceiling caved in and windows blew in. We got up and ran," said Peggy Walker, an IRS revenue officer who was sitting at her desk in the building when the
plane crashed.

"When I went to look out the window I saw wreckage, wheels and everything. That's when I realized it was a plane," said Jacobson, whose bloody hands were bandaged.

Translated for GUT
---  Ceiling ..top leaders of Cavendish and the Hierarchy  Problem of  modern Margaret Mead atomic social anthropology
---  ran = random variables x,y,z of ability theory of the word:  probability and its subset ability
---  symbolic buildings of nouns, verbs, equations, chemistry formula
---  plane --> Project PLAN e = 2.718,   e = vowel,  e = electron social and political life
---  when I realized it was a PLAN of Nature,  Grand Unified Theory,  and  the Theory of Everything 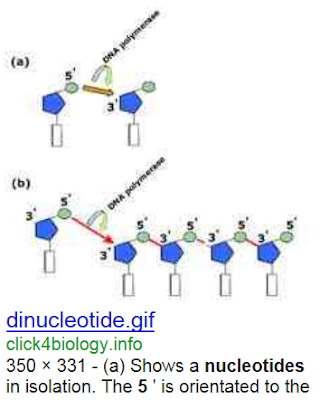 What is the possible background of  Nature's history regarding this.
Nature in year 1453 ...had physical biochemistry  DNA molecules in the human  body...that wished to develop  a few  symbolic languages ...with nouns, verbs, math  equations, chemistry  formula ...so it could express  itself.      DNA molecules thought that someday...say ..500 years after year 1453 ...they might also exist in another format  ...symbolic optical life  ....... .....symbols  that  could be printed in textbooks ...like college textbooks in genetics, molecular cell biology, biochemistry.

Those textbooks and their special  languages, process flowcharts, molecular architectural diagrams  are  like self-descriptions of  their Nature  (the atoms and molecules).  The textbooks came into being  VIA  difficult  and complex LAB research  by  serious thinking, curious  humans ...working in partnership with Nature.

Another language of Nature and  its communication projects and   undergoing testing  since year 1953  .........involved  the Margaret Mead nuclear family .....  atomic/molecule social sciences   and atomic/molecule political sciences.  In addition, it involved the eye/retina and the optical nerve symbolic computer that uses the human biology platform  for optical data processing. .
.
We have University of Texas and their  human bio-computer programs that have ERRORS.
These  student and professor brain computer  ERRORs are propagated thru  the population of the city of Austin.       JOE Stack ...being from an older and more experienced generation .....caught the brain education programming bug .....that is...his subliminal MIND recognized something was wrong in the
Austin      bio-computer  human collective  processor.

A software engineer furious with the U.S. tax agency plowed his small plane into an office building housing nearly 200 federal tax employees on Thursday, officials said, setting off a raging fire that sent workers fleeing as thick plumes of black smoke poured into the air.

---> Signal below correlates  to the DNA signal.

Earlier Thursday, about five miles (eight kilometers) from the crash site, Stack's $232,000 home was engulfed in flames. Two law enforcement officials said Stack had apparently set fire to his home before the crash. 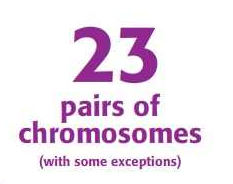 Thus we have some GUT  event in Austin, Texas ....... involving the  University of Texas.  the State of TEXAS,  and the people of Texas    and their  lack of desire to understand Grand Unified Theory and its various components ......... and the consequence of their insults to Nature's intellect.  Nature has existed for million of years ...and built dinosaurs and mahogany trees......and now we have  the TEXAS comedy shows. Texas people,  thru their actions   claim they are superior to Nature.


Let's look at the tragic EVENT  and its additional messages.

Data analysis of the news.

These messages originate  from Nature's social engineering systems AND Nature's brain engineering systems. When there is community system problem ....... Nature  uses Darwinian selection to find an appropriate human  error messenger.  Nature thus  modifies the symbolic computer instructions in the chosen messengers brain bio-computer ...the modified  instructions  are implemented by the human carrier.
Thus the important question.   What is the MESSAGE Nature wants us to examine ?

William Shakespeare stated :" The WORLD is  stage and we are the players".
That was  400 years  ago.
Thus said, Joe Stack is a minor player  in a  World stage performance in Austin?

Thus the problems with television  optical tricks ...sending optical input data to the eye  .....  for the purpose of  manipulation of the Central Nervous System 370 abstract brain symbolic computer. 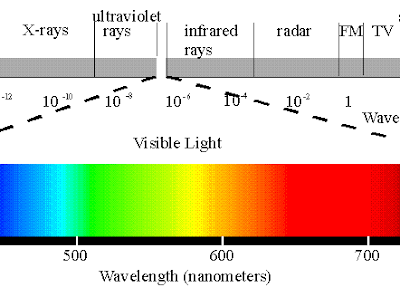 Red Cross spokeswoman Marty McKellips said the agency was treating two people who live in the house. She said they would not be commenting.

The University of Texas math department never heard of cross-correlation analysis  being used in daily life.
They are to high up ..... on the intellectual evolutionary scale to come down  to EARTH   and  help with applied mathematics problems and situations.  Of course, they are under State of Texas hypnosis control systems .......hence, the BRAVE NEW WORLD social psychology problems  .... that Aldous Huxley and other forewarned us about..


Federal Aviation Administration spokesman Lynn Lunsford said the pilot took off from nearby Georgetown but didn't file a flight plan. FAA records show that a Piper PA-28 Cherokee with the same tail number as the plane that flew into the building is registered to Joseph A. Stack.

Thus we have the GEORGE ORWELL  book 1984 and the propaganda war of TEXAS sized bull-stories they take to Washington, DC  to help their Georgetown intellectual friends.  The University of Texas in Austin said nothing about the George Orwell  OCEANIA shooting signal  in the  NIL, Cole Hall, Oceanography class.

The English Department at The University of Texas at Austin ...

The Creative Writing Program at The University of Texas at ...

Rather than spend time in creative writing of  BS = Bull-Stories......students ought study some math and   physics AND learn to understand the basics of   REALITY.    We already know about BS   and more BS! How about more accurate and  more complete explanations of tragic social engineering EVENTS ...like the deeper levels of CAUSE and EFFECT.


So  what is the University of Texas hiding?  Let's look at the thought control manipulation  system  at the university..
Why are professors controlled and manipulated at the university?
Why are they programmed .to think in certain ways?
Why  are they hypnotized  to violate intellectual standards and intellectual quality control? 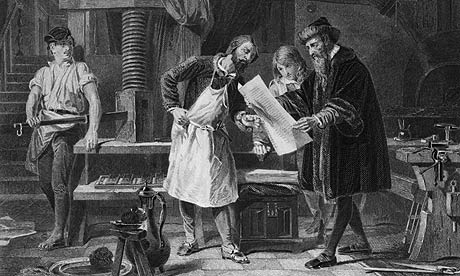 It's a big moment ... Johann Gutenberg taking the first proof from his printing press.


Thus we have Joseph Stack and the  GUTS /courage of his subconscious mind  LINK  to his age 53  DNA nucleotide heritage from year 14 53.      Thus, the   astrophysics galactic LOCAL REGION (Planet EARTH)  view of EARTH  as a  collection of particles or the atom (Earth moon)  hydrogen model of  Thompson / Bohr .........we see that   Joseph  Stack  took his airplane ( a Earth particle from the view of a distant astrophysics observer)  and his air plane particle....  at high energy ...... hit an atomic stationary target ...the IRS office building was Margaret Mead nuclear family ...atomic anthropology target).

"Man Angry at IRS"    subset letters
...........An gry    IRS    is better understood as
AN gry = Atomic number gravity   interaction problems  with the human body MASS
IRS = Infra. Readred  Skin structures known as humanoids ...part of the B.F.Skinner box experiments ...that started around 1947  and continue to evolve into new formats of expression .

Thus we have gravity wave interaction with brain atomic mass  thoughts ..that give rise to gravity thought waves and life